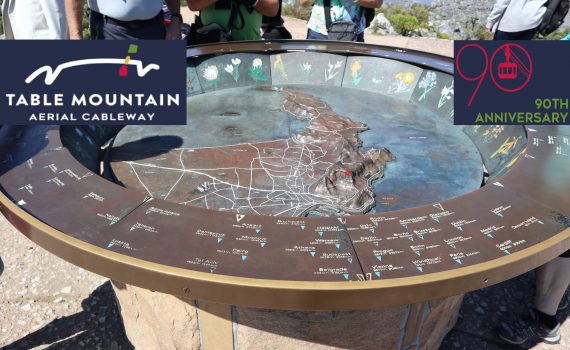 On 4th October TMAC Company invited stakeholders to celebrate the 90 years anniversary party in Cape Town. The famous Table Mountain Aerial Cableway (TMAC) now has been running over nine decades since it was opened on 4th October 1929 (1929-2019).

The TMAC belongs to Cape Town BIG 6 attractions (www.ctbig6.co.za) and since 2011 has been nominated one of the NEW 7 WONDERS OF NATURE (www.new7wonders.com).

It was both a pleasure and a honour for me, as great-great grandson of Adolf Bleichert, to take part of the celebration in occasion of its 90th anniversary.

The construction of the Table Mountain Aerial Cableway (TMAC) was realized in 1929 thanks to the entrepreneurship of visionary people like Sir Alfred Hennessy. He encouraged the initative of Norwegian engineer Trygve Strömsöe, together with Sir Ernest Oppenheimer, who helped financing the project.

And on the other side there was Eng. Max von Bleichert CEO and Co-owner of 20th century worldwide leading cablecar company Adolf Bleichert & Co. from Lipsia. The German company was awarded as General Contractor for the implementation of the TMAC.

Amazing and stunning views from FNB portside building (28th floor) on the city of Cape Town, Table Mountain and Lions Head. The other view is on to A&V Waterfront, C.T. Stadium and Robben Island.

Wonderful excursion on the Table Mountain and TMAC on a sunny October day.